Investing in the Fourth Industrial Revolution
Share on
PDF

Investing in the Fourth Industrial Revolution

Welcome to the Age of Connectivity

We launched the Ecommerce Fund in 2014 with the mission of investing in the companies, technology and digital platforms that drive the exchange of value across electronic networks. It was clear to us when we launched that the ecommerce mega-trend was going to change the world and offered investors phenomenal long-term investment returns. Since launch in 2014, the change in the world driven by the ecommerce revolution has been almost beyond comprehension.

The global retail ecommerce market has grown +165% to $3.5 trillion, while the B2B (business-to-business) market is estimated to be nearly three times that size, at more than $10 trillion. All this change has occurred in the six years since we launched the Ecommerce Fund. During this period the fund has increased in value by +112%/78% (EUR/USD). It is indisputable that the connectivity revolution is now well underway.

This revolution in ecommerce is nothing less than the Fourth Industrial Revolution. The first two industrial revolutions were the age of steam (starting in 1765) followed by mass production (1870). These transformed the world from a mainly agrarian, poor and undeveloped place, into the modern industrialised economies which characterised the first half of the 20th century. The third industrial revolution was the shift to digitalisation (beginning 1969), which gave birth to the computer age. These periods were characterised by technological advancements which generated sweeping global economic and social changes, playing out over decades, while drastically increasing economic productivity and bending societies to a new normal.

We are now in the midst of the Fourth Industrial Revolution: The Age of Connectivity. Starting with the birth of the modern internet at the turn of the millennium, The Age of Connectivity revolution started with internet adoption and penetration growing slowly until the advent of large-scale mobile connectivity. In recent years it has boomed and the impact of modern connectivity has, arguably, surpassed even the world-shattering influence of the internal combustion engine (the driver of the second industrial revolution).

When Dominion, as structural growth investors, considered how best to invest in the Age of Connectivity we looked for the underlying drivers, technologies, platforms and businesses who are enabling this trend. We noted that the key underlying principle in this trend was the exchange of value across electronic networks, this is how we define Ecommerce. From simple personal communication, to entertainment, to money, advertising or AI (artificial intelligence) commands, to autonomous vehicles; all aspects of the modern economy are increasingly relying on digital networks to function, and it is the exchange of value across those networks which is driving this fourth industrial revolution.

We are now only at the ‘end of the beginning’ of the fourth industrial revolution. After a recent period of explosive growth, many ecommerce services are approaching critical mass; where these platforms and services become normal and permeate every level of society.

It is a sad truth that the COVID-19 outbreak and the lockdown that followed has been a significant catalyst to drive the adoption of digital services. Microsoft’s CEO Satya Nadella, in the software giant’s last earnings call, referred to the massive jump in demand for Microsoft services (cloud computing, communication and productivity software) driven by the COVID-19 lockdowns. The company has seen the equivalent of 10 years of progress in adoption of its services in just a few months.

Consumers, without the benefit of IT departments or consultants, often lag behind large corporations in the adoption of new technology, especially those people more advanced in their years. When a catalyst like COVID-19 arrives to drive adoption of new technology, the change can be profound. For instance (see chart above), retail ecommerce penetration (portion of retail sales made online) in the United States grew as much in the first few months of 2020 as it has done in the previous decade, though it still does not yet even make up one-third of total retail sales. This is a pattern that will be repeated across the multiple sectors that make up ecommerce such as payments, logistics and digital media.

Even if the catalyst driving the accelerated adoption is temporary, the behavioural shift is not, it will persist. A typical platform-based ecommerce service offers better utility, cost efficiency, choice, and price discovery (value) than its physical counterparts. The consumer who now gets their groceries delivered is unlikely to go back to spending two hours every Saturday tramping through a supermarket, nor will the video streamer regress to ad-laden linear TV where someone else chooses when and what is available to watch. The psychological switching costs – the abandonment of old comfortable habits – have already been paid. Old dogs are, despite the saying, learning new tricks.

What Next? A Future looking a lot more like China

After many years of strong performance in Dominion’s Ecommerce Fund, we are often asked by new investors if they have missed the opportunity to invest, are they arriving too late to benefit from investing in the global ecommerce mega-trend?

The answer is an emphatic: no!

There are still 3.6 billion people (46% of the world’s population) yet to connect to the internet. At the start of 2020 one-third of US companies didn’t even have a website and India, with the world’s second largest online population at 560 million (48% penetration), is only just starting to meaningfully open its doors to international ecommerce. This is before we consider the virtuous cycle of ecommerce services; that the more digital services a person uses the greater their likelihood of using additional services. Investing in structural growth mega-trends, such as ecommerce, has a duration measured in decades.

Even with such a long investment horizon it is worth considering what can be achieved within the next five to ten years, and for this we look to China. The Middle Kingdom is the world’s largest ecommerce market, despite 36% of its population still not being connected to the internet, but its connected citizens have embraced ecommerce like no other nation (save perhaps South Korea).

With its younger population demographic (relative to Western nations) China’s emergent consumer class has, in many ways, skipped the brick-and-mortar retail and other physical modes of business, consumption and leisure, that are traditional by Western standards, and preferring instead to go straight to the digital option.

In China ecommerce already makes up 37% of total retail sales, while four-out-of-five consumer payments are now mobile transactions. Yet, despite this high penetration relative to the Western World, ecommerce sales are still forecast to more than double in China to $4.1 trillion by 2023.

There is little reason developed and developing economies alike will not, in time, end up with a similar ecommerce environment to China. We think it is inevitable and proves that the long-term growth outlook for the ecommerce mega-trend is very strong.

We look forward to continuing to invest successfully in the ecommerce mega-trend, generating strong returns for our investors for many more years to come!

Related Insights
Insight
Ecommerce Fund 2023 Outlook
DGT Ecommerce: Demographics and technological innovation drive double-digit growth through 2023 and beyond.
5 min read
Read
Insight
Goldilocks and the Three Bear Markets
We believe that 2022 represents a rare moment in financial markets which typically only occurs once every decade or so.
4 min read
Read 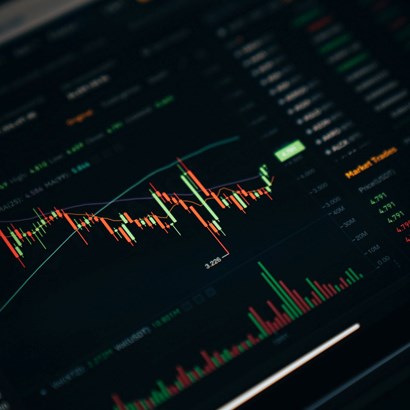 Insight
A Closer Look At Market Corrections And Bear Markets: More Normal Than You May Think
History offers many examples of the pattern and trajectory of market weakness
6 min read
Read
Insight
The Future of Ecommerce
Ecommerce is set to dominate the 2020s and this offers great investment opportunities.
8 min read
Read