The Future of Ecommerce

Ecommerce is set to dominate the 2020s and this offers great investment opportunities.
Share on
PDF

The Future of Ecommerce

2021 has seen many ecommerce shares take a breather after dominating equity market performance for almost a decade. In this seventh-year anniversary newsletter we look at the state of ecommerce today, what the future holds, how the digital world has changed almost every aspect of our lives and why ecommerce looks set for an even more dominant decade through the 2020s.

“One cannot step twice into the same river”

The words of Ancient Greek philosopher Heraclitus of Ephesus remain as true today as when they were first committed to papyrus more than two and half millennia ago. “The river’s water has flowed by, altering the river’s shape, the fish have swum or been caught. Time has flowed and change has come.” Heraclitus’ doctrine, which lay the ground for the works of Plato and Aristotle, is of change being central to the universe and ‘the only constant’.

The progress of the global ecommerce megatrend in the seven years since we launched the Dominion Global Trends Ecommerce Fund is perhaps best visualised as that Heraclitan river. Starting off as a small stream; a relative niche with less than 7% of global shopping occurring online at the start of 2014, it grew inexorably into a raging torrent that tore down entire industries, raising in their place disruptive platforms and network-based business models which have changed how all humans interact, both socially and commercially.

By the end of 2021 the global ecommerce retail market will be worth nearly $5 trillion annually (still only 20% penetration). The B2B (business to business) market is nearly three times the size and is expected to reach $21 trillion by 2027, proving that ecommerce has expanded far beyond just ‘shopping online’.

There are more than one trillion digital payment transactions annually, over 2.7 billion ‘gamers’, while 54% of the world’s population uses social media, spending an average of 2 hours 25 minutes a day on it.  This is even as 3.3 billion people (41% of the global population) are still yet to even come online.

But this is far from the end of the journey.  Digital services will touch all aspects of life and commerce in the future. While we may have passed the period of highest percentage growth rates in ecommerce, we are still only just approaching the largest change in terms of absolute (dollar) growth.  The largest investment opportunities are still ahead of us.

Throughout all this, the core premise of ecommerce, defined as the exchange of value across electronic networks, remains the same simple proposition. The ability to connect online provides better information, choice, range of functions and new products and relationships. Going digital provides greater utility and is, therefore, incredibly sticky – when people go digital, they do not come back.

A Story Less than Half Told: Demographic Certainty Driving A Multi-Decade Growth Profile

The extraordinary success of the global ecommerce megatrend lies in the fact it is both a result and driver of change. While enabled by the advent of the internet and sent mainstream by the smartphone’s online all-the-time premise, to invest in ecommerce is not to bet on pure technological advancement, but rather the proliferation of disruptive platform and network-based business models, twinned with the adoption of digital products and services by the global population.

Ecommerce dominance was and is a demographic inevitability. In 2014, at the Fund’s launch, a digital generation already existed, the millennials. We are a generation raised with the internet, the first digital natives. To whom digital life is not a change but the way things are and should be. For millennials, and their younger generational cohorts, digital never became default, it always was.

Today millennials and younger generations, such as Gen-Z and Gen-Alpha, combined still a represent a little over one third6 of the Earth’s adult populace, however this will change as the millennials and subsequent generation are larger than their predecessors. By 2050 they will be more than half of the adult population. This provides the ecommerce megatrend with multi-decade growth profile and the answer to the often ask question ‘when does the Ecommerce Megatrend end?’

When the Millennials (median age 33) reach retirement age, that is when ecommerce’s digital demographic conversion of the world will be complete. The DGT’s Ecommerce fund this has a few more decades to run!

A Smorgasbord of Growth Trends

While demographics ensures a multi-decade growth profile, there are a plethora of major trends that thread into the global ecommerce megatrend. At the simplest level global retail ecommerce is forecast to grow +75% through to 2025, by which time it will still ‘only’ be less than a quarter to total retail spend.

To see the true potential of future ecommerce penetration rates, we need only look to China today. The world’s second largest economy and largest digital economy, boasts 43% ecommerce retail penetration and a $2.2 trillion annual market that will grow by three quarters to nearly $4 trillion by 2025. While few countries can boast the unique mix of China’s demographic mix and burgeoning middle class that leap frogged existing western norms straight to the digital age. There is little reason why, in time, developed and developing economies alike should not reach penetration level of China. To put this into perspective, should the US ecommerce market reach the penetration China has today this would imply a +203% increase in market size, even before accounting for any GDP growth.

But nothing is ever constant!

Even as we move to more online retail ecommerce, that experience and model changes in turn. Social Commerce, the shift of ecommerce to media platforms and social purchasing experiences, looks set to be one the most explosive segment within global retail. In America social commerce sales are expected to increase +36% this year, as the user base grows by an eighth.

It will still only be $36.6 billion in volume but the scope for advancement is massive, with social commerce already account for c.12% of ecommerce sales in China or 1/3 of a trillion USD. This provides a further, and often underappreciated, lever of monetisation to social network companies such as Facebook and Snap Chat as they look to diversify their business model beyond advertising.

However, to consider ecommerce as just retail is to only measure an iceberg by its tip, an underestimation of titanic proportions. At the heart of ecommerce lies connectivity, its true technological backbone. We are currently seeing one the fastest periods of increased connectivity in history, as the Internet of Things requires that we move beyond focusing on the human-to-human element of connection to that of machines speaking to machine (M2M) or to humans (M2H). By 2025 the number of connected devices will have doubled to 75 billion, roughly 10 for each human. This ‘rise of machines’ expands far beyond the smart watches, fridges or even exercise bikes. It is the wholesale transformation and automation of segments of the state, economy, and our lives. From the Baidu’s operated 20 smart cities in China, the advancement of Autonomous vehicles by Google’s Waymo and robo-taxis (likely only five years away from meaningful monetisation in China), to connected insulin implants in diabetes patients and the smart logistics centre (though the list is nearly endless).

This approach creates data, and lots of it, from which answers, best practices and efficiencies can be extracted by self-learning Artificial Intelligent to further integrate and improve a digital offering. This all requires an ever-increasing amount of computing power. Enter cloud computing.

Allowing companies and other bodies to rent not just computing power and storage but also machine learning and artificial intelligence capabilities, meaning even the most prosaic of business model may become ‘smart’. Only now, after a global pandemic, is cloud computing meaningfully spreading beyond the early adopters of the tech industry. It is increasingly being seen as the default way for sizable companies to run their IT stack. Having penetrated only about 13% of the tech stack there is still over half a trillion dollar of replaceable services waiting to be disrupted, but we are only at the beginning of the Cloud Computing revolution. Only 11.4% of US IT spend is cloud based while China lags even further behind with just 2.7% of the Middle Kingdom’s IT spend cloud based (implying a circa 4x increase just to get to US levels of penetration), with Cloud industry forecast to compound at a +17% through to 2025.

This multiplicity of trends ensures a strong and consistent growth profile for the GT Ecommerce portfolio. Data from Bloomberg Consensus shows the average expected top line growth for the portfolio at +20.5% and +17.1% the year after. Profits growth is expected to be even faster, with EPS growth forecast at +23.4% and +20.1% in the next 12 and following 12 months respectively. Put simply this means that on a 2-year basis average EPS for the portfolio is expected to grow by nearly half (+48.2%).

This rate of growth far exceeds that of the major indices, with the S&P 500, NASDAQ and Euro Stoxx 600 to growth by +24.2%, +32.2% and +26.8% respectively. Notably the expected growth rates for the indices are expected to trail off significantly in the 12-to-24-month period as the re-opening COVID bounce fades. Conversely, Ecommerce has banked the benefit from increased digital penetration from COVID and is growing on top of it meaning the fund’s holdings are expected to grow in excess of 20% in the next two years.

The DGT Ecommerce Fund’s GARP (Growth at A Reasonable Price) approach, which sees the fund focus on well-priced, profitable companies that can generate organic growth levered to the global ecommerce megatrend, creates a compelling investment opportunity for investors. With the 1 year forward average PE ratio of 33.6x for the Fund is at a 13.3% percentage discount to the four-year average and level to the market cap weighted average of the NASDAQ at 33.6x, despite having a considerably better profits growth profile. This is further highlighted by the Fund’s superior PEG10 (price to earnings ratio divided by growth) ratio as calculated by Bloomberg.

The Dominion Global Trend Ecommerce Fund offers exposure to a multi-decade growth mega-trend that is fundamentally re-writing the way the world operates. 7 years on from the Fund’s launch it is clear that while the 2010’s was the decade ecommerce rose to global notice and became best practice, the 2020’s will be decade ecommerce takes over.

Related Insights
Insight
Goldilocks and the Three Bear Markets
We believe that 2022 represents a rare moment in financial markets which typically only occurs once every decade or so.
4 min read
Read

Insight
A Closer Look At Market Corrections And Bear Markets: More Normal Than You May Think
History offers many examples of the pattern and trajectory of market weakness
6 min read
Read 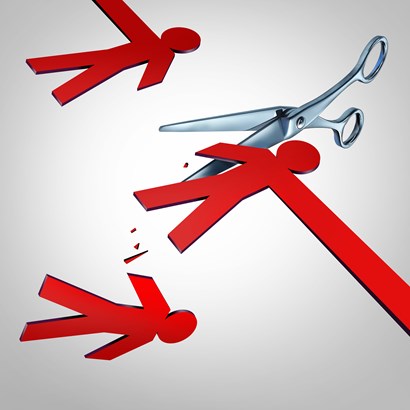 Insight
Who Wins from Disintermediation?
Why we do not see more travel agents, but a lot more social life organizers.
5 min read
Read
Insight
High Tide for Passive Investing
Why the future may not be so bright for equity ETFs and why actively managed strategies may offer investors much stronger returns over the next decade.
9 min read
Read