Many companies in the energy industry and industrial sector around the world are focusing more and more of their R&D efforts on developing new and cleaner energy technologies.
Share on

Many companies in the energy industry and industrial sector around the world are focusing more and more of their R&D efforts on developing new and cleaner energy technologies. This is especially true in the field of bringing new low and zero carbon energy technologies to market. One of the leading contenders in this category is electrolyzer systems used to produce hydrogen as a fuel. When hydrogen is used as a fuel, the only emission is water vapor. This means if hydrogen could be produced at scale and at a low cost, it could be an important replacement fuel for fossil fuels and make a serious contribution to the fight against climate change.

The low energy efficiency of the process of making hydrogen means production costs remain high relative to other fuels, but significant work is going into improving the efficiency of these systems to produce hydrogen at a cost that can compete with other low carbon energy sources.

The idea of a hydrogen fuel chain (hydrogen when used in fuel cells to generate power emits zero greenhouse gases) is to use excess renewables capacity (solar and wind) to power electrolyzers which would utilize this energy to create hydrogen, which can be stored as a fuel in tanks. Often renewable power generation is high when electricity demand is low, and this excess energy production could theoretically be stored as liquid hydrogen fuel at scale using conversion technologies like electrolyzers.

This concept is better known as ‘Power-to-X’, taking grid electricity (power) and turning it into something else. In this case the ‘X’ is hydrogen fuel. Power-to-X is increasingly considered as the ‘missing puzzle piece’ in the global energy transition story. Heating, transportation, and industrial processes are heavily fossil fuel intensive and very difficult to decarbonize. For example, a diesel engine in a large heavy goods vehicle has fantastic power-to-weight ratio, the energy density of the fuel and efficiency of the engines makes it perfectly suited to move large loads at high speeds. The problem is, as we all know, diesel engines emit pollutants, including emissions that warm the climate. Energy intensive end-uses like this are the most challenging to decarbonize. Power-to-X is the idea to convert surplus renewable energy, through electrolysis and other processes into liquid or gas fuels. Falling renewable energy input costs and improvements in technology in Power-to-X is making this a potential reality.

Many companies are working to bring new products to market in this ‘Green Hydrogen’ sector, which is effectively part of the energy storage technology space. When there is excess renewable energy feeding into the grid this energy could be stored, through Power-to-X technology, in the form of physical fuels (physical fuels are stored energy, i.e., it can be converted into energy for kinetic movement or heat whenever it is used). Electricity can be used to power electrolysers to generate hydrogen, which can then be used in the chemical industry to produce bulk chemicals like methanol or ammonia, or it can be used to make carbon-neutral liquid fuels like crude, gasoline, diesel, and aviation fuel (power-to-liquid fuel).

The technology has been proven to be technically feasible. The challenge is to make it economically viable. The current cost of renewable power to hydrogen conversion is a range of $2.50 to $6.80 per kilogram. To be cost competitive this needs to move down considerably, probably to one-third current prices. The potential for cost reductions, as seen in other more mature parts of the renewables value chain, is high. Electrolyser technology is the critical technology in renewables-to-hydrogen (arguably the biggest opportunity in Power-to-X). This is an exciting emerging sector in the climate change story and Dominion is invested through exposures in the Managed Fund. 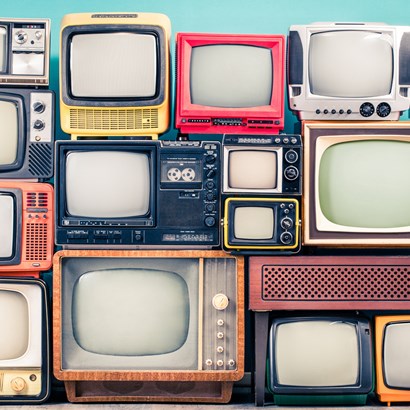